Co-directed by Onionlab with Xavi Bové and with the music composed by Zinkman, the project took place in the museum of Mallorca on the occasion of anniversary celebration and at the same time to reflecting on global warming and water scarcity.

Global warming is a fact. It is no longer a problem of the future: it is a situation that must be stopped immediately. Its effects can be seen everyday, and there are many studies that verify the seriousness of this matter. Some of the consequences are the increase in rainfall and heavy storms and in water level, which all lead to frequent flooding. Resources are running out extremely fast and the reality is that we are experiencing major climate changes already.

Phasing Rain is a project that tries to show and transmit this reality. Water is not only a resource that surrounds us, but it is an element that allows us to live, it moves within our body. It is a vital necessity, and an organic element that is naturally immersive. For this reason we have decided to create rain so that people experience being inside a true torrential storm, in reference to global warming.

‘Global warming is a fact. It is no longer a problem of the future: it is a situation that must be stopped immediately. For this reason we have decided to create rain so that people can experience being inside a true torrential storm, in reference to global warming’.

Last January, this exhibition was presented at the Es Baluard, Museum of Modern and Contemporary Art of Palma, on the occasion of the celebration of its 16th anniversary. Opened on January 30, 2004, this museum has a selection of over 700 artworks linked to artists from the Islands and / or international reference.

For this event, the museum invited us to reflect on the memory of space and the urgencies of the climate change in our world today, and the concept of Phasing Rain was perfect. As for the building, it was possible to transform the old freshwater cistern that reached the entire neighborhood of the Mount of Sant Pere and that is currently part of the Es Baluard Cultural Complex, into an exhibition of a dialogue between the architectural past and the present. 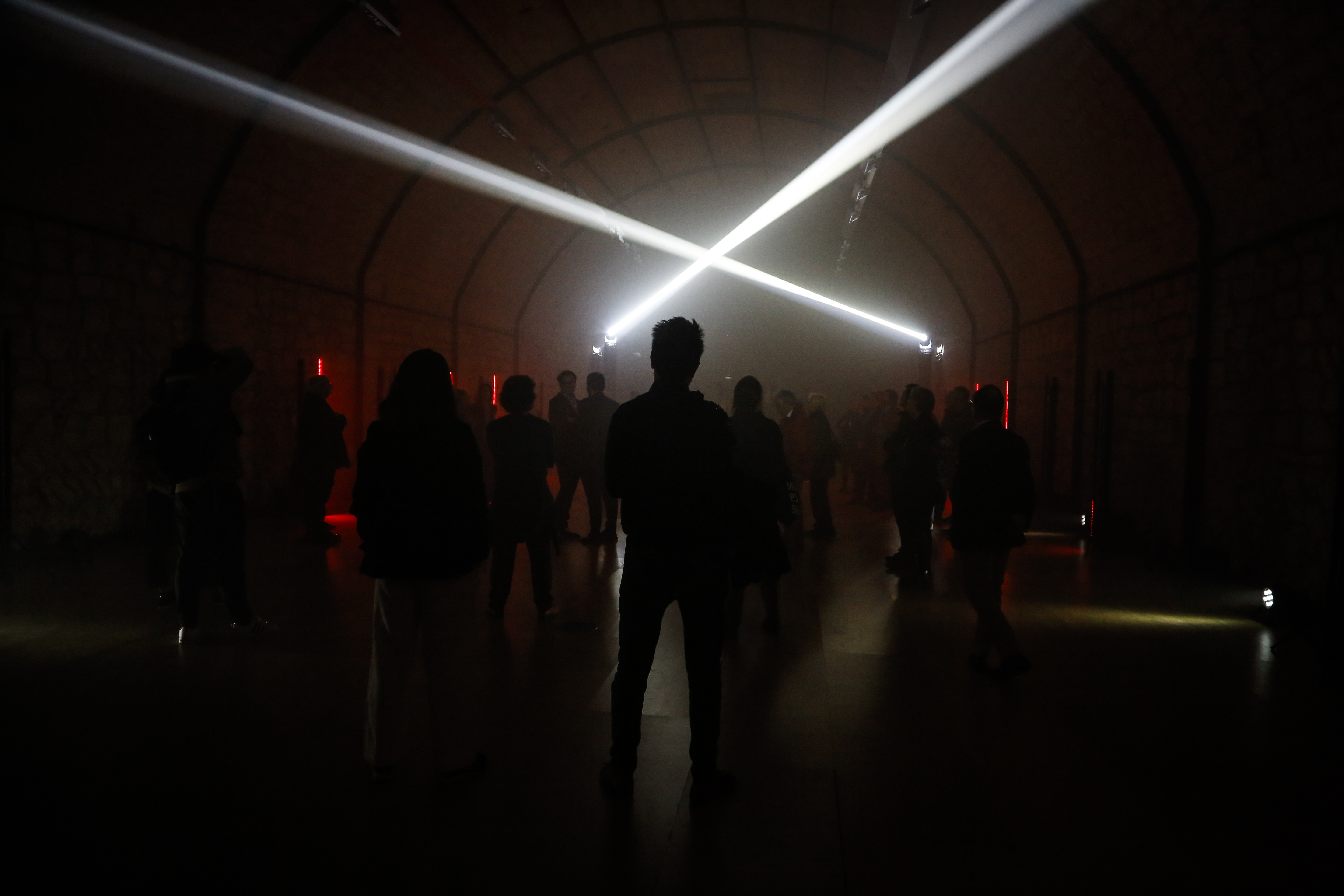 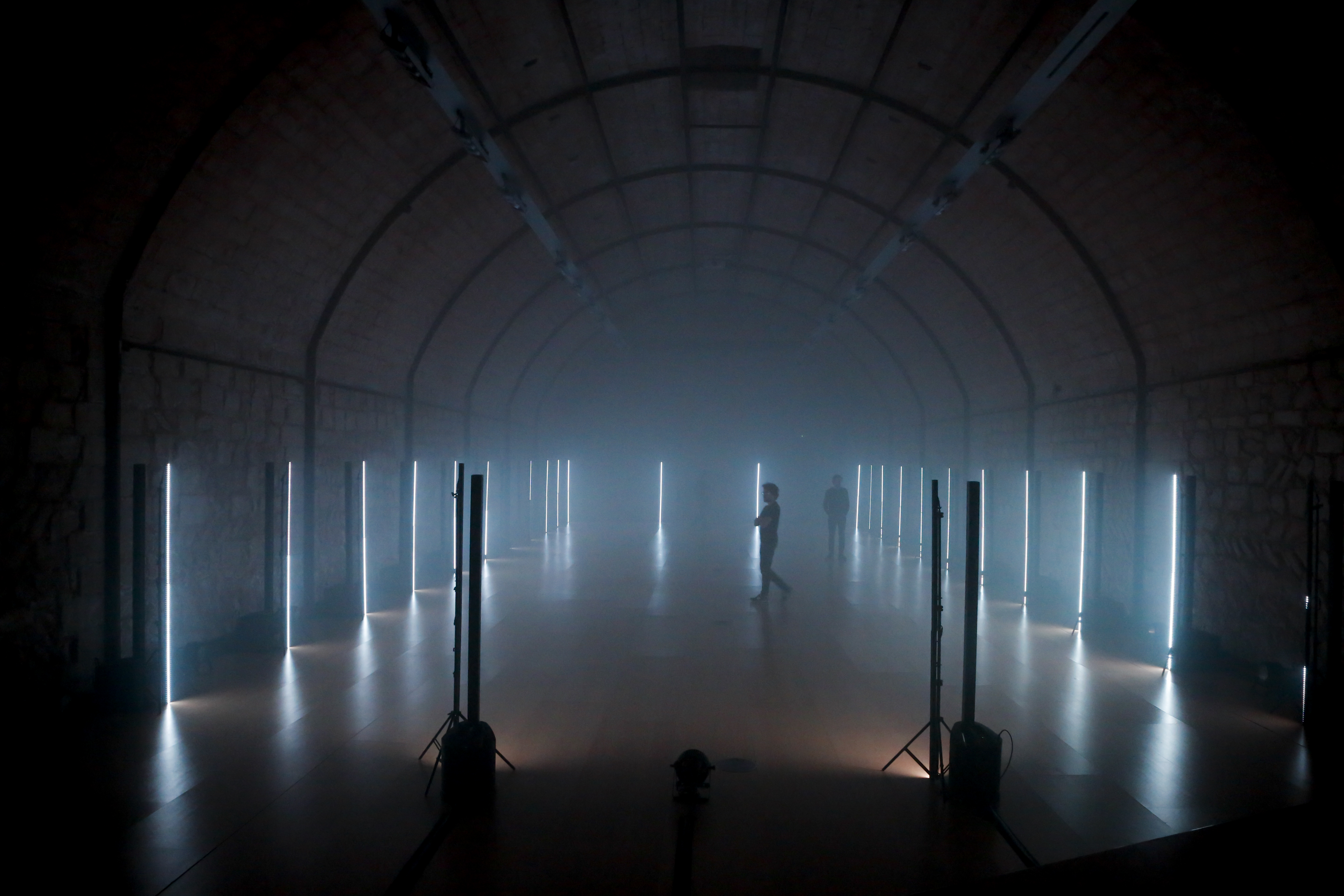 The show manages to raise awareness about the impact of the future shortage of this natural resource in our lives and questions the audience’s attitude on this issue. In order for this to happen, speakers were placed to create a surround sound landscape and the phase change technique was used to generate a sense of disorientation in the audience regarding the near uncertain future. Phasing Rain’s light design also leads to an extraordinary immersive effect, with more than 20 led columns. The colors used in the project are white, as a clear reference to water, and red, as a reference to consciousness, an alarm call.

In turn, Steve Reich’s minimalist work “It’s Gonna Rain” acts as a source of inspiration. Steve Reich used the speech of Brother Walter, who in turn was talking about the flood in the Bible and Noah’s Ark to warn society about the possible end of the world due to the Cold War in the 1960s. Reich used two magnetic tapes to repeat identical speech loops in stereo, and with the accidental differences between speed reproductions, explored spatial experiences in binaural hearing and phase change.

‘Speakers were placed to create a surround sound landscape and the phase change technique was used to generate a sense of disorientation in the audience regarding the near uncertain future. Phasing Rain’s light design also leads to an extraordinary immersive effect’. 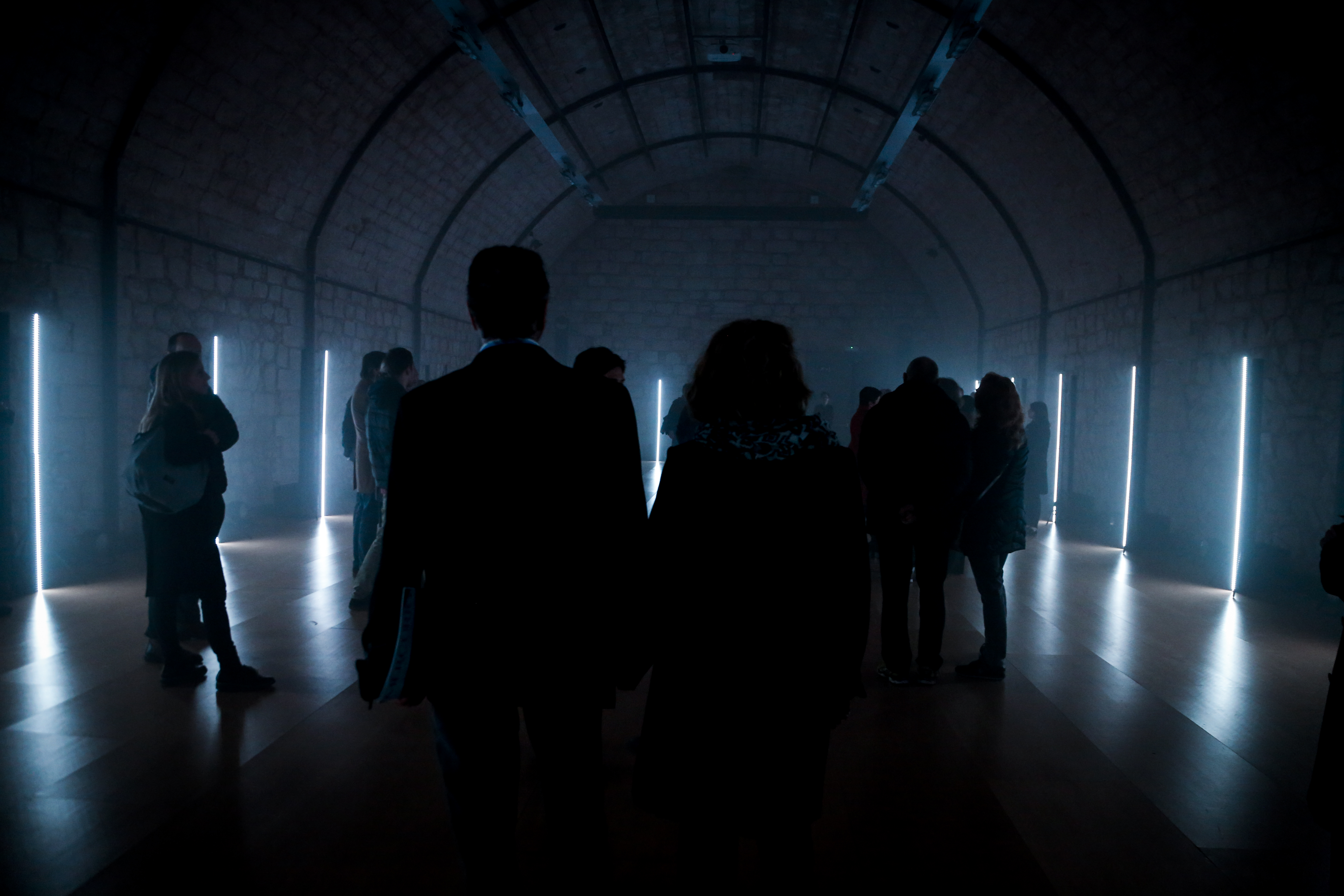 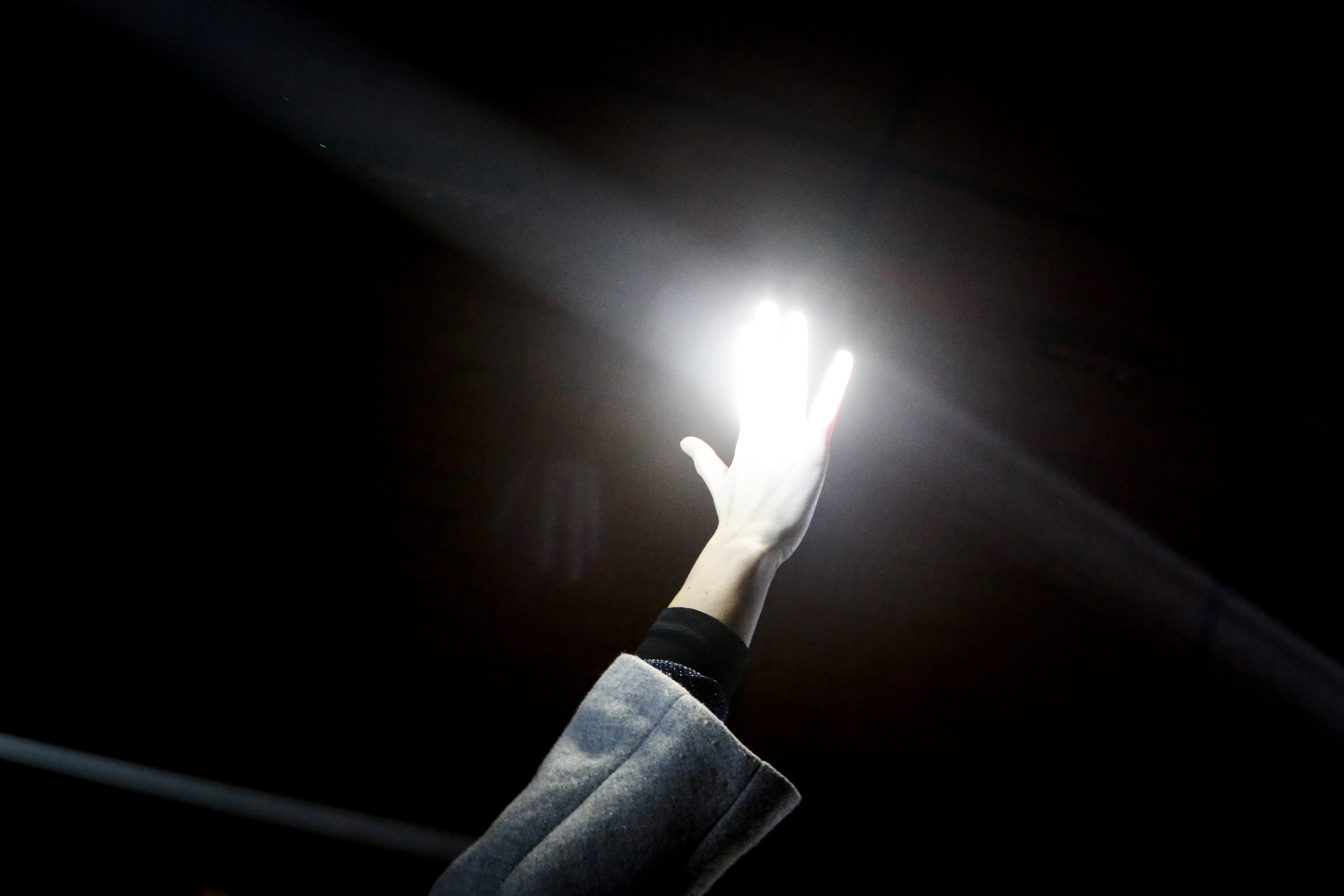 The entire project explored sensations that combined very high frequency notes and deep subscriptions, along with the phase change. The important characteristic sound of a drop of water was modulated, creating a kind of scale and playing with it as an instrument. The instability and bewilderment of the movement of a sound from one ear to another manages to generate a feeling of instability, in which the visitor is placed in a position of experimentation and reflection on what he is feeling. Zinkman was in charge of the sound and music design.

Originally, Phasing Rain, was presented at The LUMA Projection Arts Festival, where the installation completely transformed an underground level of one of the parking lots in downtown Binghamton, in New York. It was also part of the Solid Light Festival in the city of Rome in October last year. But, whatever the scenario, there will always be only one objective: to create an interactive and immersive show, which takes the audience on a journey full of sensations, emotions and questions.