Agorythm is a poetic journey to the heart of a city, country, or territory, thanks to the collection of real data from an urban area, turning it into a kinetic simulation of its environmental reality. 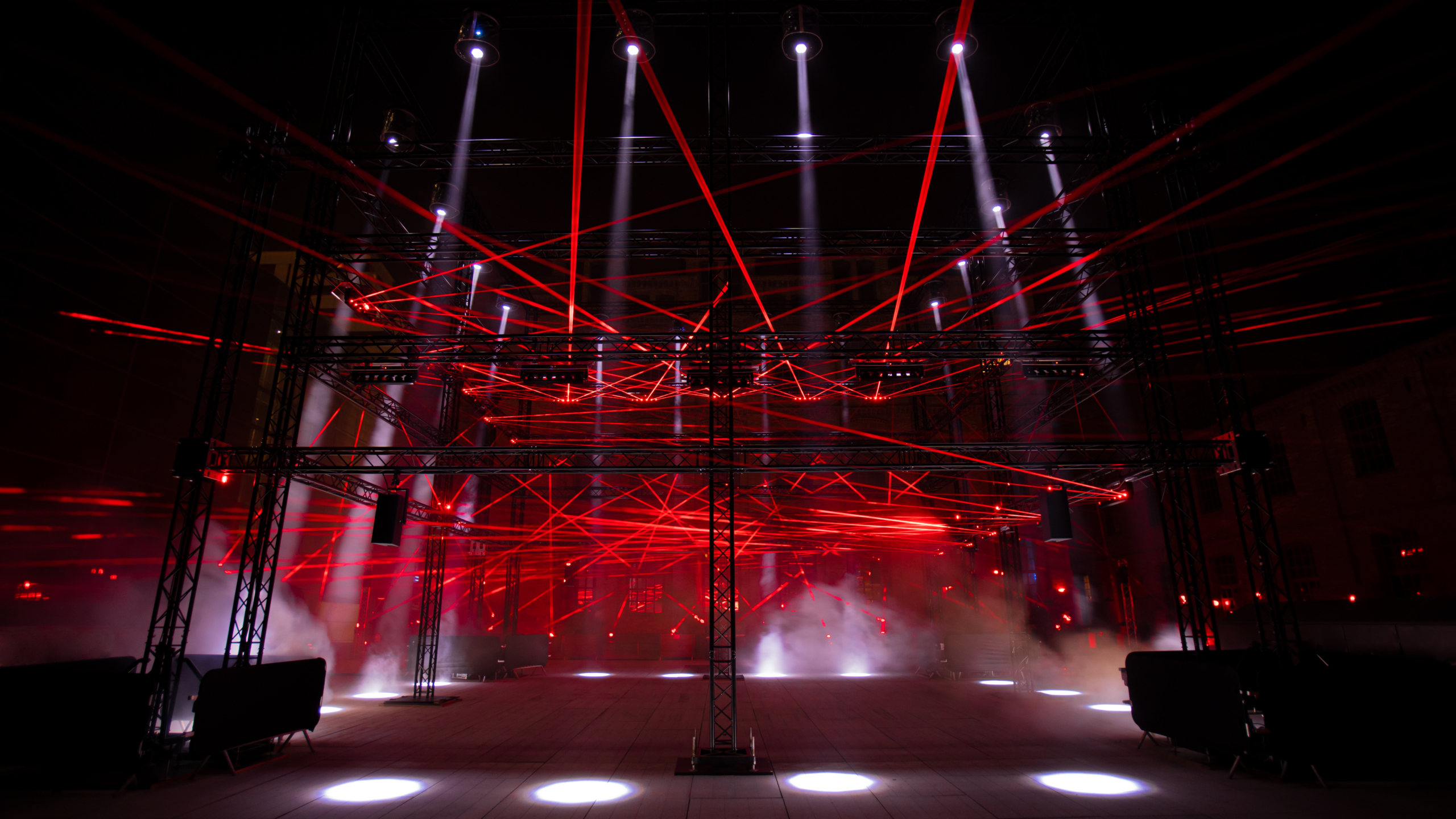 The immersive installation is based on parametric sculptures with lights and lasers that help visualize the invisible data, which, although accessible to the entire population, is often difficult to interpret. 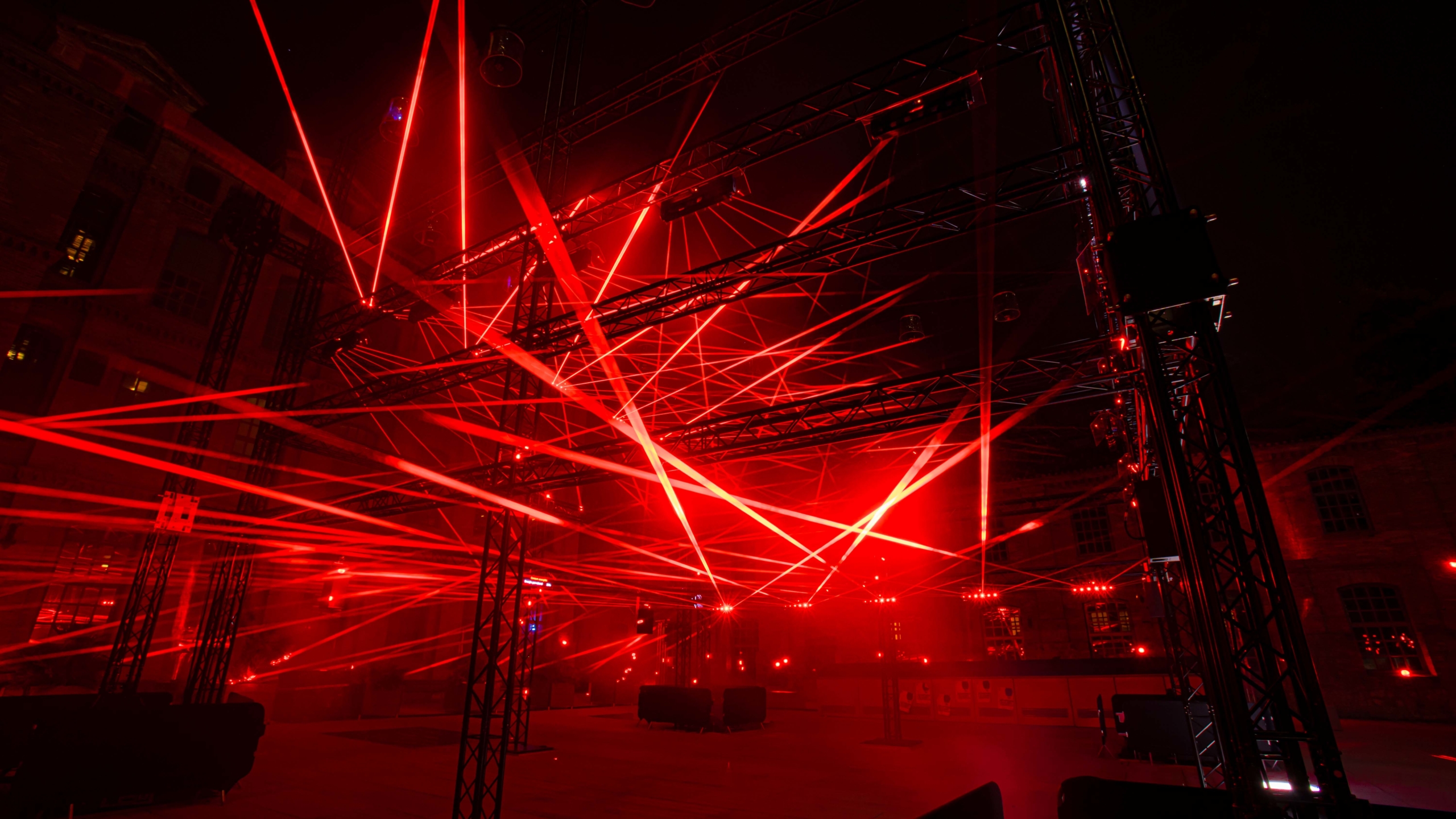 Agorythm is the combination of the concepts: “agora” as a meeting place, like in the installation where people gather around and within the main structure, “algorithm” or set of parametric rules that collect data of the city and turn it into light movements and “rhythm”, sound and music changes and repeated patterns with a certain periodicity. 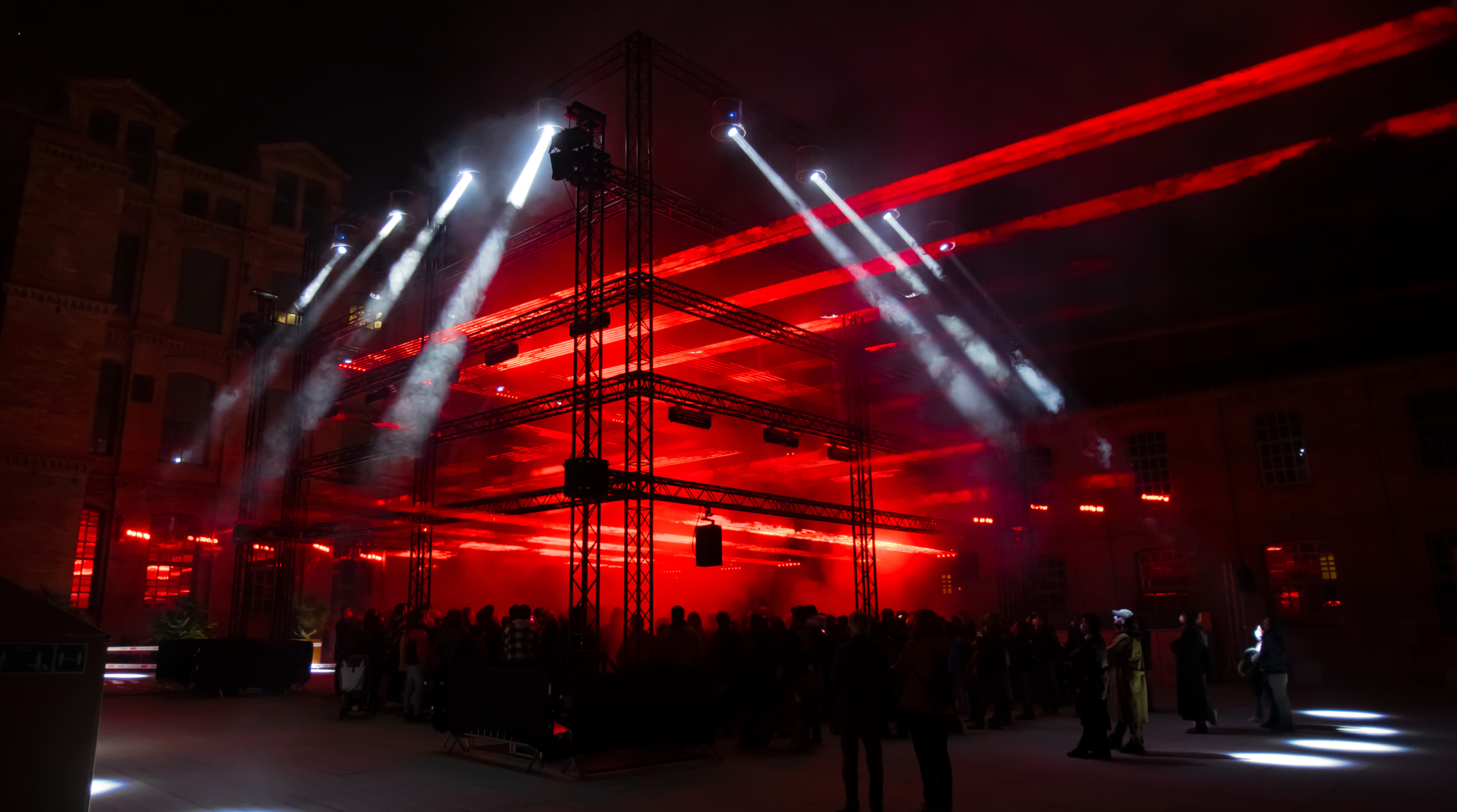 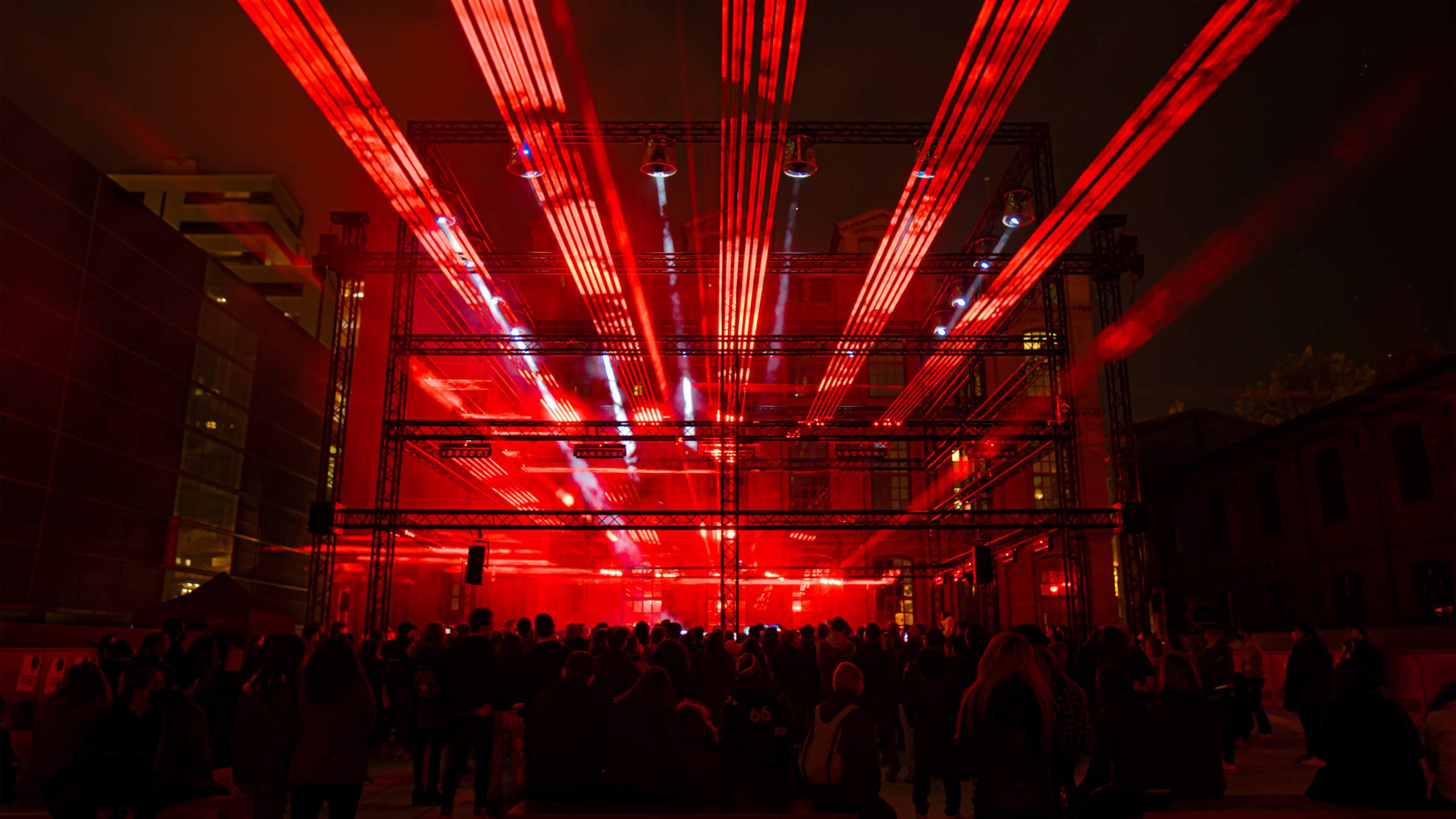 The show starts with the activation of the space and with lasers and music reacting to the mobility data in the city. Following that, we play with changes of direction and speed according to the energy consumption in the place of study. In the third act, we translate data related to noise pollution; and finally, thanks to changes in the air quality values, the tonality of the musical arpeggio change, as well as the speed of the lasers. 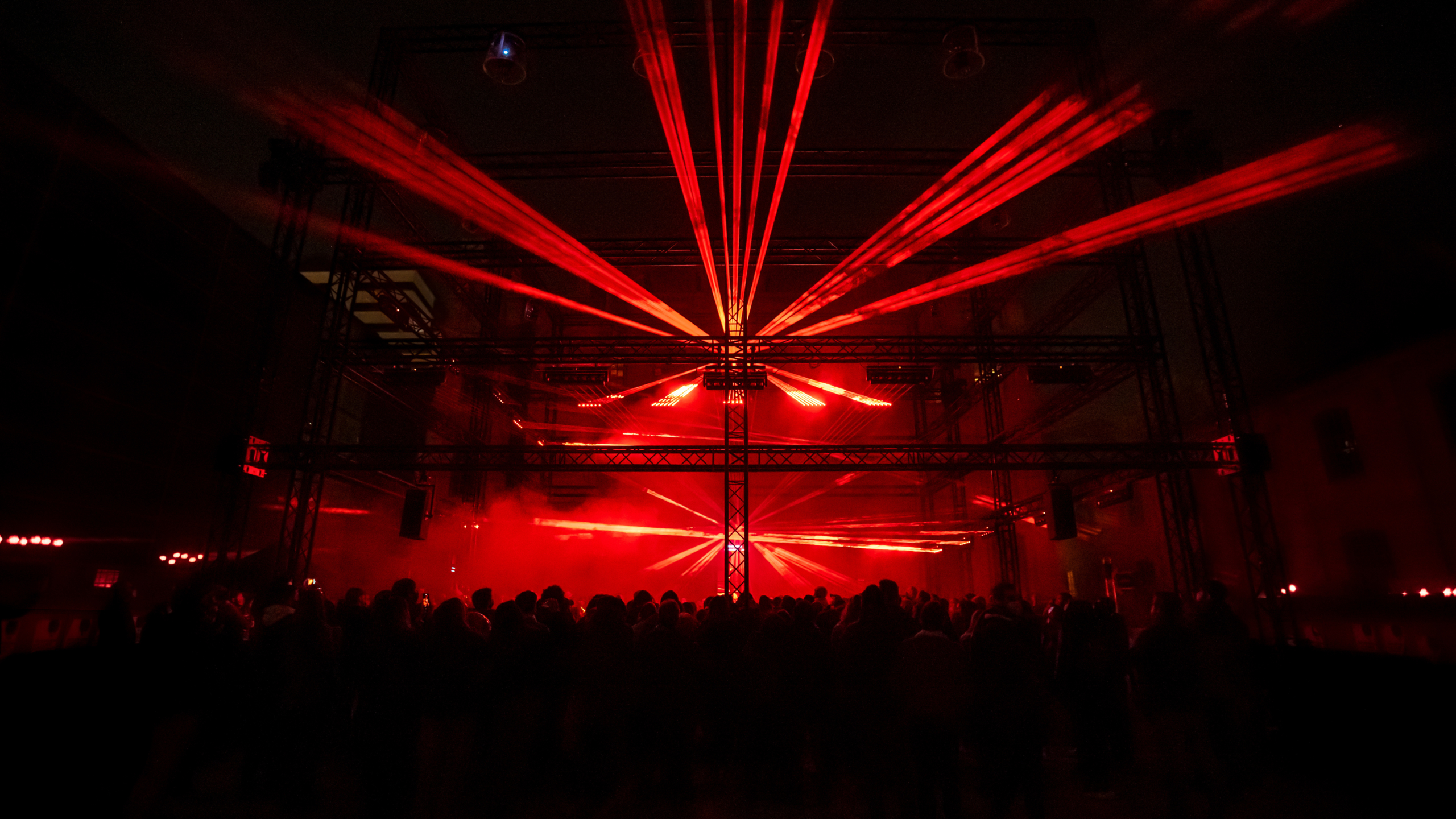 The data used in the Llum BCN 2021 installation was provided by Open Data BCN, The World Air Quality Project: Open Data and by collaboration companies Meersens and Electricity Map.

Produced and Directed by Onionlab

Thanks to Block Audiovisuales and Light Lumina