Axioma is an stereoscopic 3D mapping show. Each eye receives a slighty different image and, through special glasses, the brain creates one single 3D image.

Axioma is an interpretation of geometry as the branch of mathematics that deals with the study of the properties of geometrical figures: the point, lines, planes, curves, surfaces, polygons, etc.

It has been projected in different cities including Barcelona, Rome, Eindhoven and Binhamton (NY) and proposes an immersive audiovisual journey through the shapes and geometrical transformations 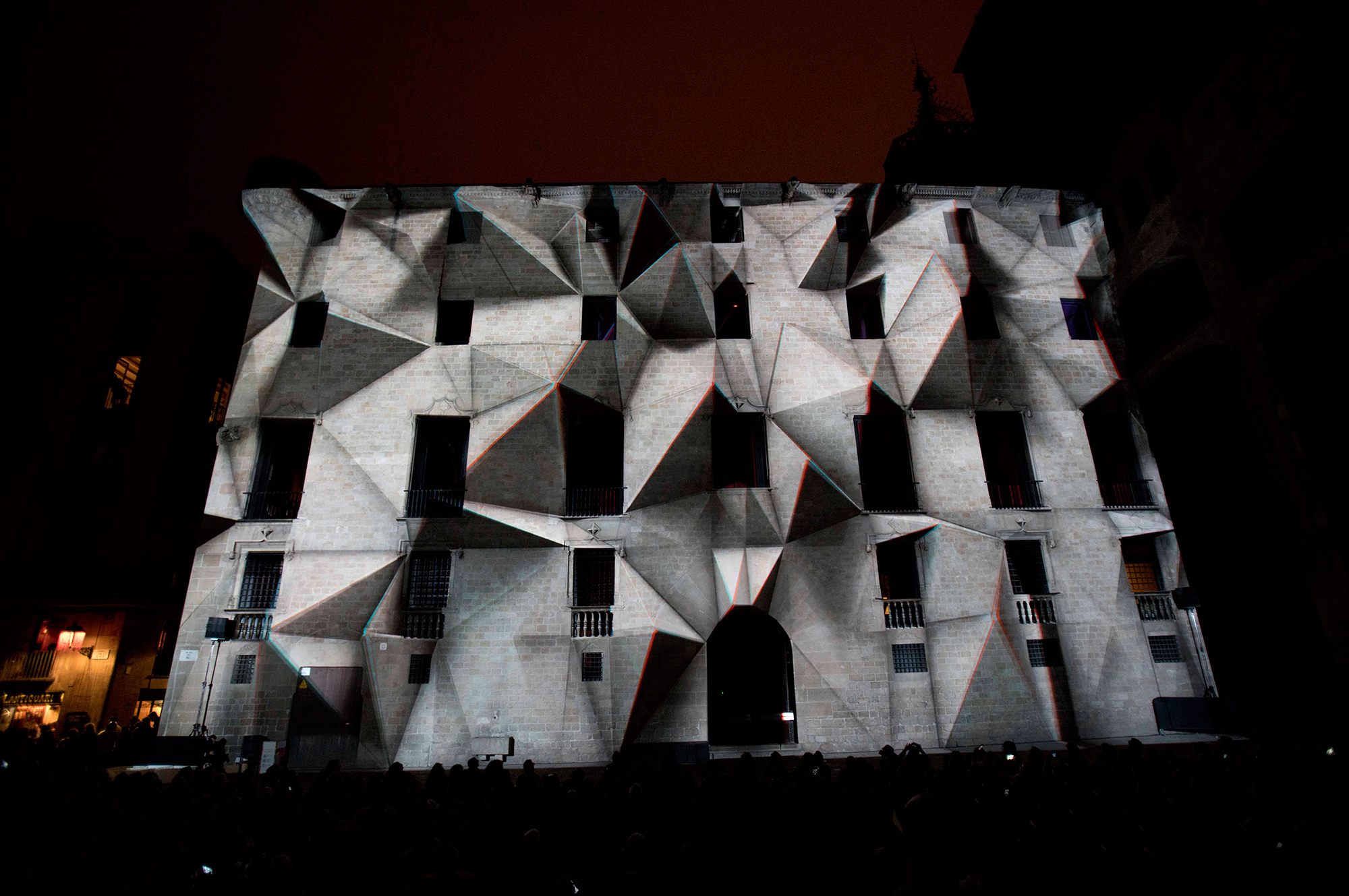 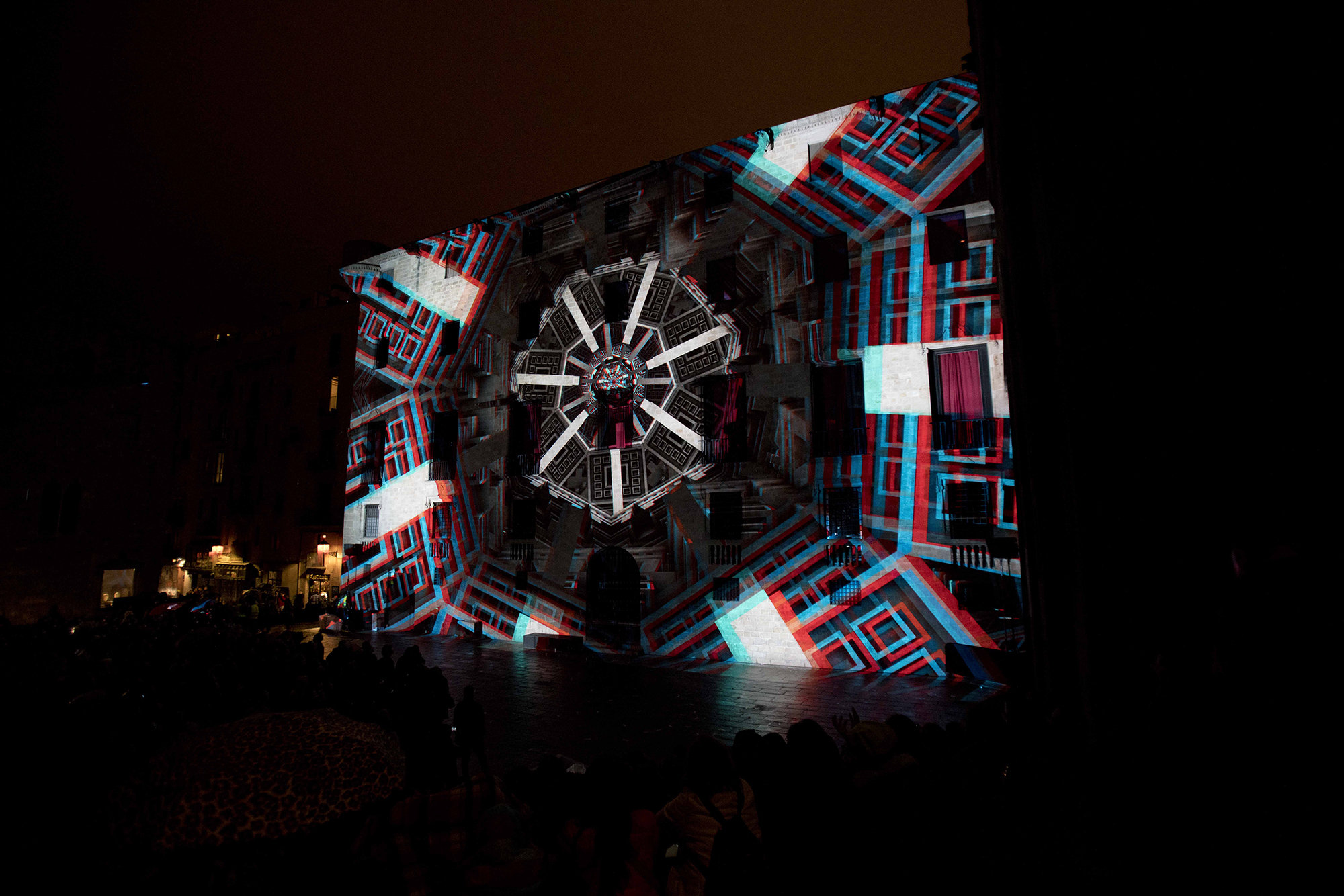 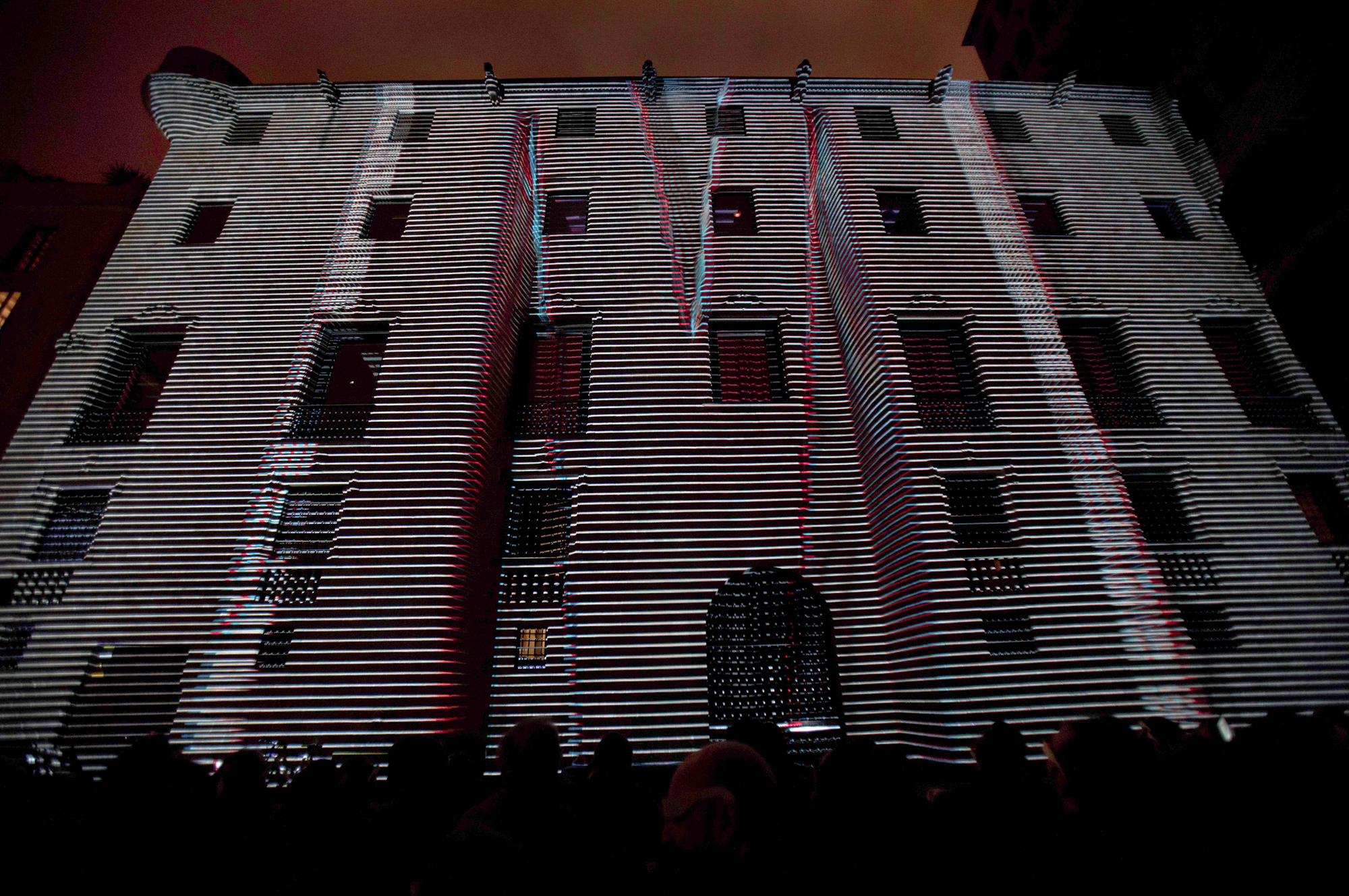 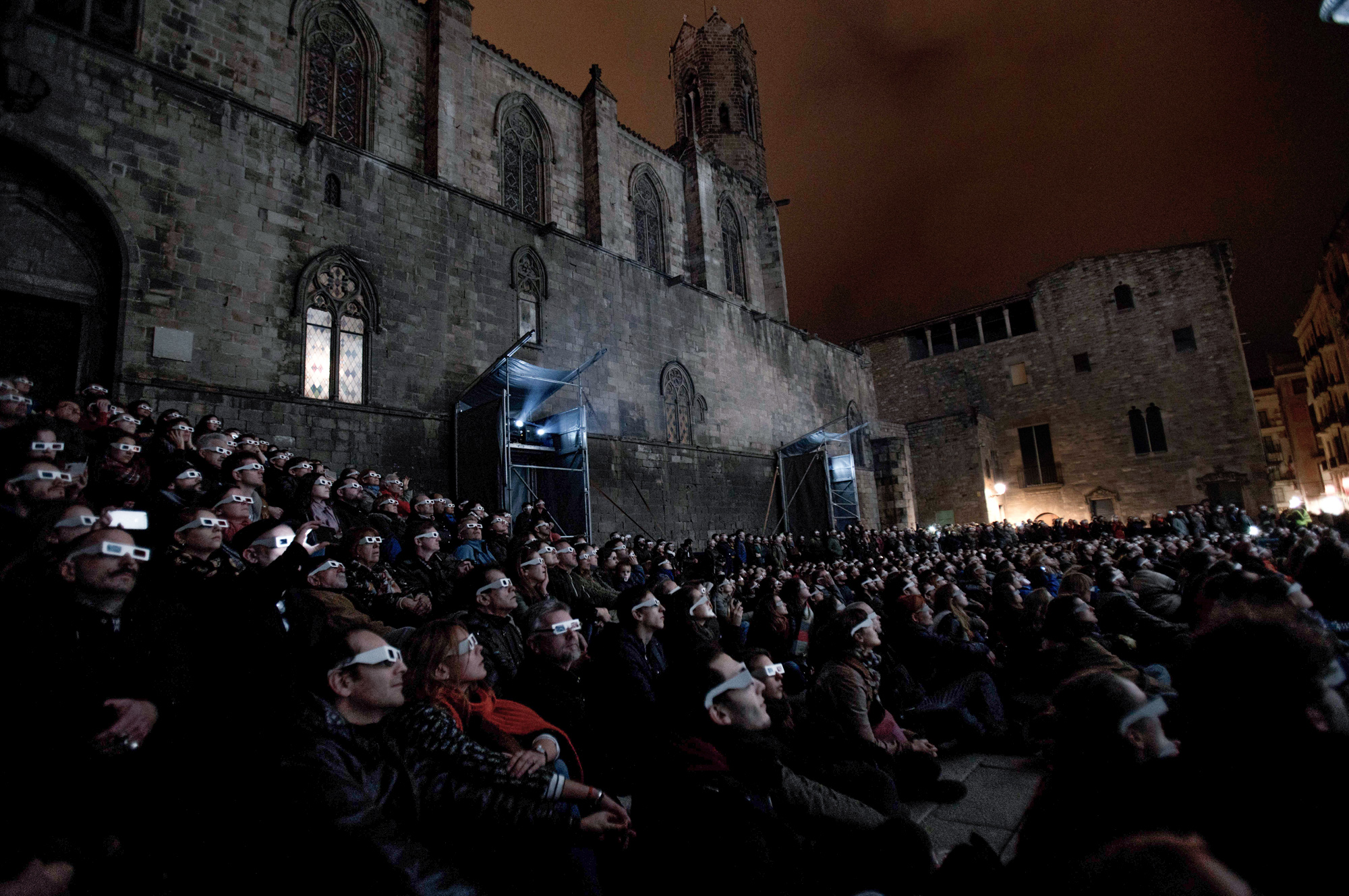