"Transfiguració de la nau" is an immersive show that transformed the space of the cathedral of Girona through the hypnotic interplay of lights and music. 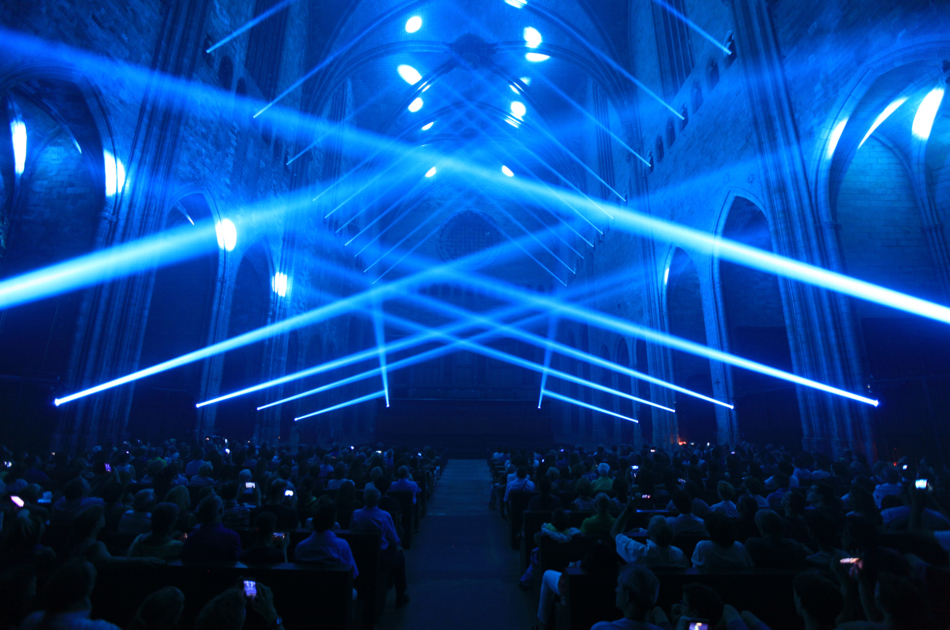 On occasion of the 600th anniversary of the building of the sole nave of the cathedral of Girona, Onionlab presented Transfiguració de la nau (“Transfiguration of the nave”) alongside the visual artist Xavi Bové, director of the piece: an immersive show that transformed the space of the cathedral through the interplay of lights and a musical accompaniment specially composed for the occasion.

The piece, divided in four parts that correspond to four musical movements (introspection, search, transfiguration and plenitude), was accompanied by contemporary classical minimal music with electronic touches interpreted by a 10-person orchestra. 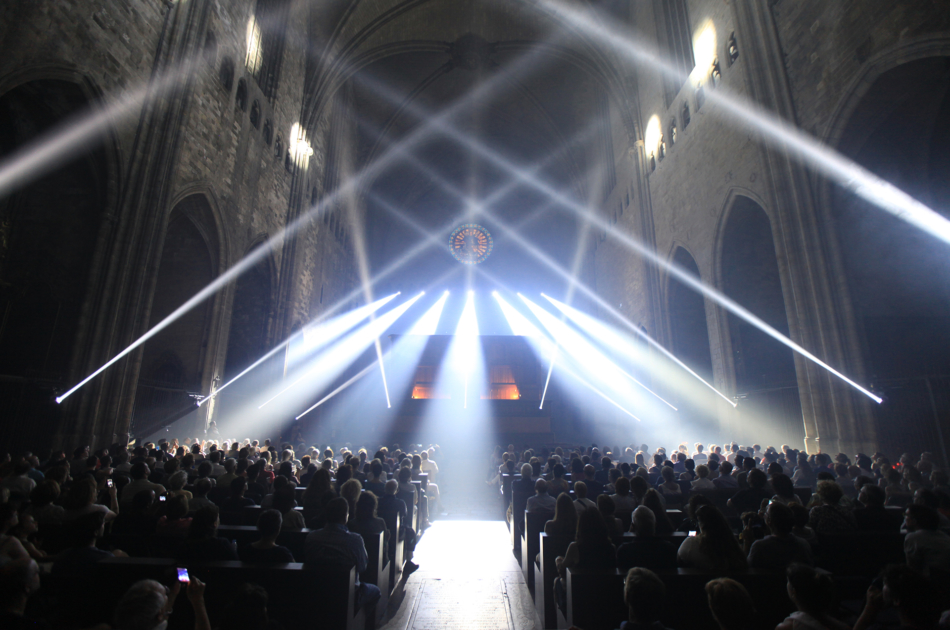 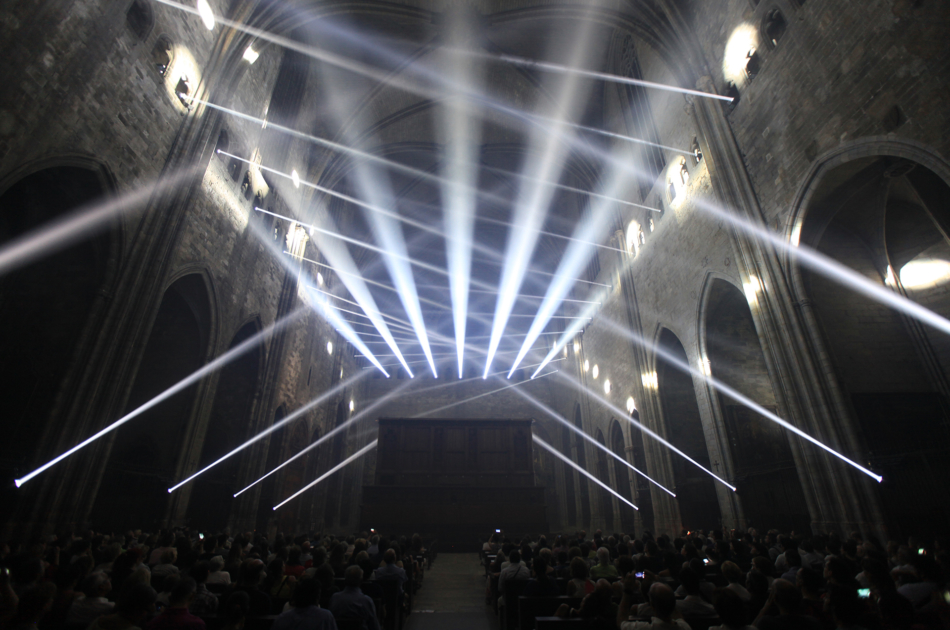 Onionlab designed for the occasion a complex WYSIWYG (“what you see is what you get”) lighting control system to modulate different sensations in real time throughought the show, creating a delicate and hypnotic choreography of lights, elegant and solemn at the same time. 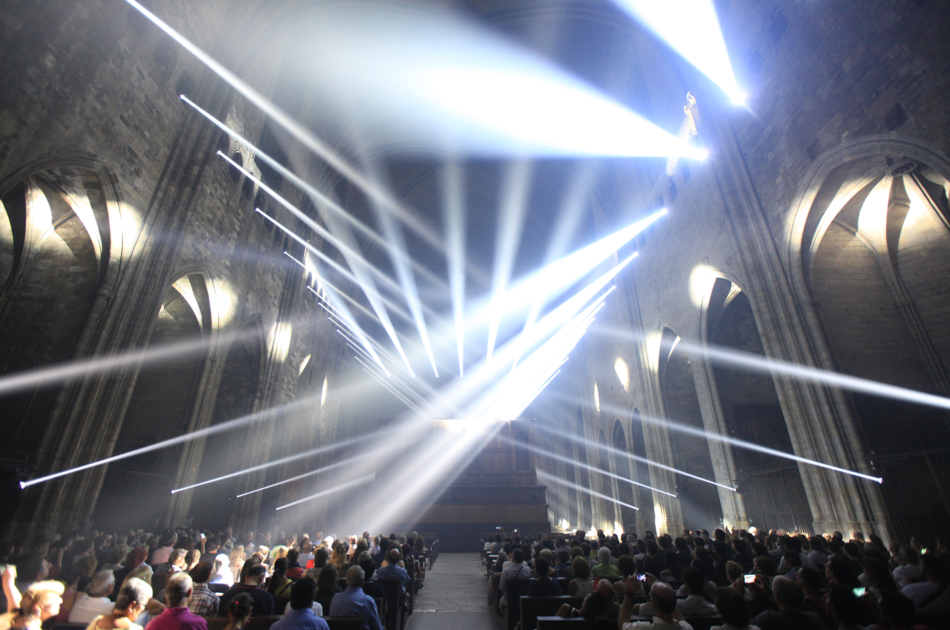 Special thanks to Gustavo Torres Mendoza