Onionlab is an audio visual production company that works day by day to innovate and use all the new techniques available, such as projection mapping and virtual reality (VR) for producing events, shows and audiovisual shows.

Among these techniques, we have:

Projection mapping: Projection mapping—also known as 3D mapping or video mapping—is a technique that appeared in the mid-nineties and consists of adapting video projections onto physical surfaces such as façades and volumetric structures. The achieved effect is spectacular. The projections create an astonishing optical illusion that transforms a static surface into something dynamic and full of live.

Onionlab has created many pieces using this technique. Here’s a list including some of our most relevant works:

Axioma: Axioma is a stereoscopic 3D mapping show made of two-dimensional images that have the ability to cause a three-dimensional effect when projected in front view and seen with special lentes.

Evolució: Created with 3D projection mapping techniques, Evolució was projected onto the façade of the Santa Ludmila Church during the Signal Festival, in Prague.

Sala 5: In this case, the mapping was projected onto volumetric objects: the hundreds of dishes that covered the walls and ceiling of the room—Sala 5—where the mapping was to be projected, Sala 5.

VR (Virtual Reality): Virtual reality is a cutting-edge technique that allows, through a computer-simulated 3D environment and with the help of VR glasses, to immerse the user into a virtual universe. The accomplished effect is impressive: the users really have the feeling of being transported to a different world, and perceive what surrounds them as if it was real. VR may come with other elements such as audio systems, head-moving tracking systems, sensing gloves and controlares.

Sunmachine VR: A very good example of this technique can be found in “Sunmachine VR,” the piece we created to illustrate one of the singles from “Disconnect,” the latest work by Catalan electronic music artist UNDO. “Sunmachine” proposes an imaginary trip around five worlds. 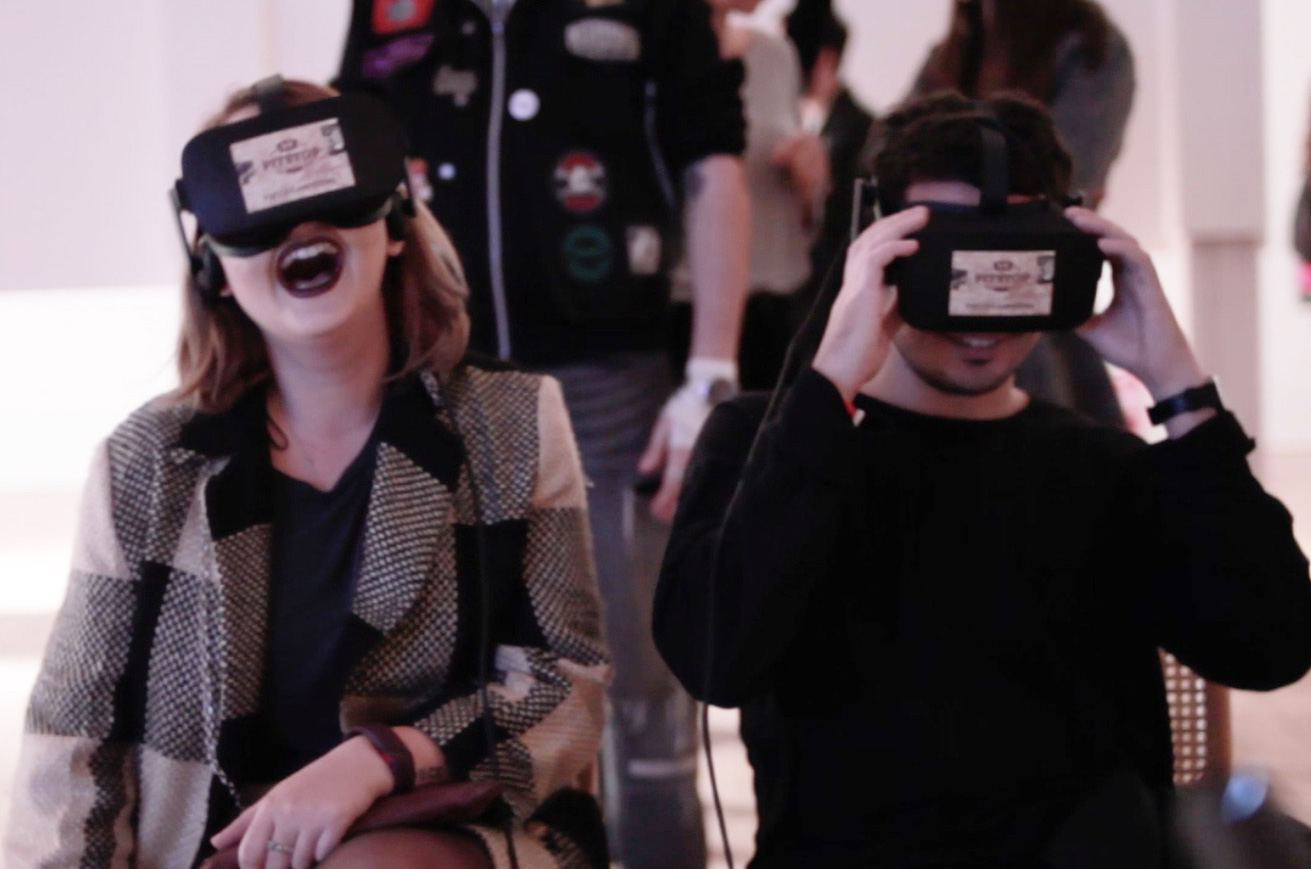